Please keep your eye posted for my essay on the African origins of rice and bean dishes in Rice and Beans by Berg press, 2012!

We have four days left to raise some 3,000 plus for our campaign.  Over 600 people viewed this blog yesterday.  If only 180 had made a contribution to our Campaign of 18$ or more, the Campaign would have been an overnight success…We need you—Now.  Please contribute 18 or more today:  www.indiegogo.com/The-Cooking-Gene-Project-The-Southern-Discomfort-Tour 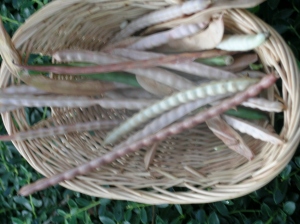 The Manding call them “soso,” and the Wolof call them “nyebe.”  An ancient staple of the diet in Senegambia and its hinterlands, the black-eyed pea grows well in hot, drought-conducive conditions and is a symbol of resilience, mercy, and kindness.  Nyebe are the kind of cooked food one gives as sadaka—righteously given charity—to beggars on the streets of Senegal.  In Maryland, black-eyed peas can be traced back to the mid-18th century, when it was a field crop, and was exported from the Chesapeake region to theWest Indies.  They continue to be seen as a sign of blessing and are paired with greens as good luck food on New Year’s Day.  As a child I remember not only eating black-eyed peas, but putting them in everyone’s wallet or pocketbook so that they would have money for the entire year. Black eyed peas are one of the good-mazal foods we Sephardim eat on Rosh Hoshanah, the Jewish new year.  The cowpea is native to West Africa.  It has been grown in the South since at least the 17th and 18th centuries, with archaeological evidence pointing to its cultivation in enslaved communities going back to the mid-18th century.  It was adopted by my Creek/Muskogee ancestors as well and was grown in their towns in the 18th and 19th century.)

Black eyed pea leaves can be eaten!  Sweet potato leaves, okra leaves, are also edible! In West Africa cassava leaves join these as traditional vegetables along with wild and other cultivated greens!

Black eyed peas are a food given to the poor to inspire them to survive and thrive.

Black eyed peas are a symbol of fertility.

a ham hock, a piece of salt pork or bacon, or salt fish (my favorite pot-meat are smoked turkey wings)

a crushed fish or cayenne pepper

(a few teaspoons of molasses—optional)

fresh herbs of your choice

Sort your peas, making sure you check for pebbles or bad peas.  Soak the peas for several hours or overnight, or if in a rush, soak them in boiling hot water for 30 minutes before cooking.  Prepare a stock of salt meat and onion and season with salt and a hot pepper. Boil these together for 15 minutes and add the black eyed peas. Add enough water to cover.   If you like you can add some molasses for more flavor, or the fresh herbs.  Cook for and hour and a half.  Pair it with corn pone or rice for semi-hoppin john.

Symbolizing cash, the number of greens you throw in symbolizes the number of friends you will make, and the color green (in leaves and plants) symbolizes vitality, opportunity, happiness, and growth in several West and West Central African cultures.

“Greens,” to a Southerner in the 18th and 19th centuries could mean lamb’s quarters, young poke leaves or wild mustard or it could have been the collards, turnip greens, mustard greens, cabbage, kale, or chard grown in truck patches or kitchen gardens.  Other times, when all else was scarce, it might be dandelion greens, purslane, young oak or hickory leaves or blackberry leaves.

The green season began in the early spring when fresh leaves sprouted on branches and from the ground.  Beets, turnips, mustard, and other spring greens would be planted for a late spring and early summer harvest.  By late summer a second garden was planted with beets, turnips, mustard, collards and cabbage—enough to last through the winter.  How did collards and cabbage and other greens make it through the winter?

Cabbage was persevered through the winter in “cabbage pens,” an easily made shelter that protected the cabbage from the frost…Gantt remembered how they were made.  His parents first uprooted the cabbage from the garden, dug a shallow trench, and transplanted the cabbage into the trench, covering the roots with dirt.  Close to that was dug another trench, and row after row of cabbage was transplanted to form a square, which was then enclosed by a low fence of wooden rails, “like a hog pen.”  Logs or boards were laid across the rails, and over these were placed thick pine boughs to keep the frost off the cabbage.  “They’d keep all winter.  I don’t care how cold it got, you could go out there and get a head of cabbage.”  (231)

Sometimes greens were boxed in the field with straw and hay and wooden boards.  That way they were likewise protected from the winter frosts and snow.

Greens were typically flavored with salt pork or middling meat as they cooked down.  Again, the salty protein rations were not generally consumed on their own, but used as a flavoring and relish for other foods that enslaved people grew or acquired for themselves.  The resultant “pot liquor” or “pot likker,” was a very important and nutritious part of the dish.  Leonard Black, a fugitive from Maryland slavery and author of an emancipatory narrative wrote:

I was not allowed to sit down while I ate my meals. For my breakfast I had a pint of pot liquor, half a herring, and a little piece of bread. Whether this would stay the cravings of a young appetite or not, there was no more to be had. For my dinner I had a pint of pot liquor, and the skin off of the pork. I must say as the colored people say at the south, when singing to cheer their hearts while under the burning sun, and the crack of the whip, remembering what is placed before them every day for food–“My old master is a hard-hearted man; he eats the meat, and gives poor nigger bones.” (8)

The recipe is simple.  Clean your greens well, removing bugs, dirt or any other debris.  Have a pot of wild or yellow onions and one or two quarts of water boiling with bacon or salt pork.  Some people added a crushed hot pepper to their greens (especially turnip or collard greens) or a splash of apple cider vinegar.  Each traditional green has it’s own unique special requirements:

The young fresh leaves and seeds of lamb’s quarter’s or “pigweed” are edible.  Considered “weeds” by many, lamb’s quarters were a Godsend to enslaved Blacks.  Charles Ball remembered an enslaved family whose only dinner was a pot of boiled lamb’s quarters.  The ideal edible lamb’s quarters are less than a foot tall, and the young leaves are the best.

You can boil them or fry them up with wild onions, salt and vinegar.

Pokeweed or pork salad was popularly eating in the 19th century.  Many African American families, and families of Appalachian origin know this vegetable for its rich taste and long-suffering cooking method.  Because poke is poisonous, only the young tender shoots are edible.  Even then they must be boiled twice for ten minutes in several changes of water before they are fried in bacon grease or added to domestic greens to flavor the pot.  When you pick poke, there should be no traces of red in the leaves or stems, and the plant should not be taller than 6 or 8 inches.

Turnip greens, collards, mustard greens, and cabbages are prepared in the traditional way.  The salt pork or smoked turkey  and onion makes a stock in about 15-20 minutes.  The chopped greens are added and cooked down for 15-30 minutes to an hour or two depending on how Southern you are.

A Scolding in Seven Pieces

Warning. This isnt my usual style of writing, it is full of cuss words and frustration and darkness and struggle in the attempt to recover and heal. Read at your own discretion. This is my reaction to the murder of George Floyd, Breonna Taylor and Ahmaud Arbery may they rest in peace and power. A […] 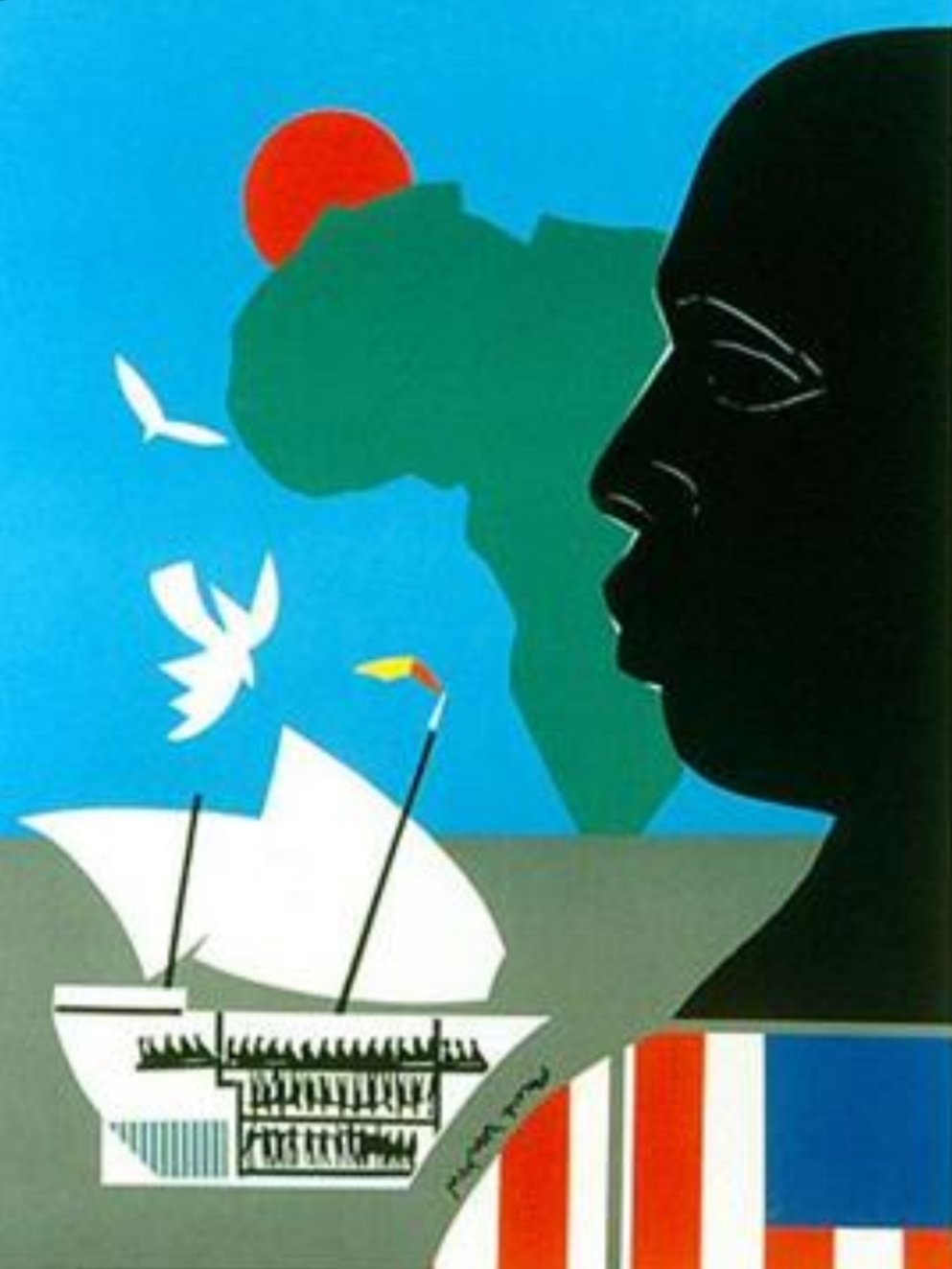